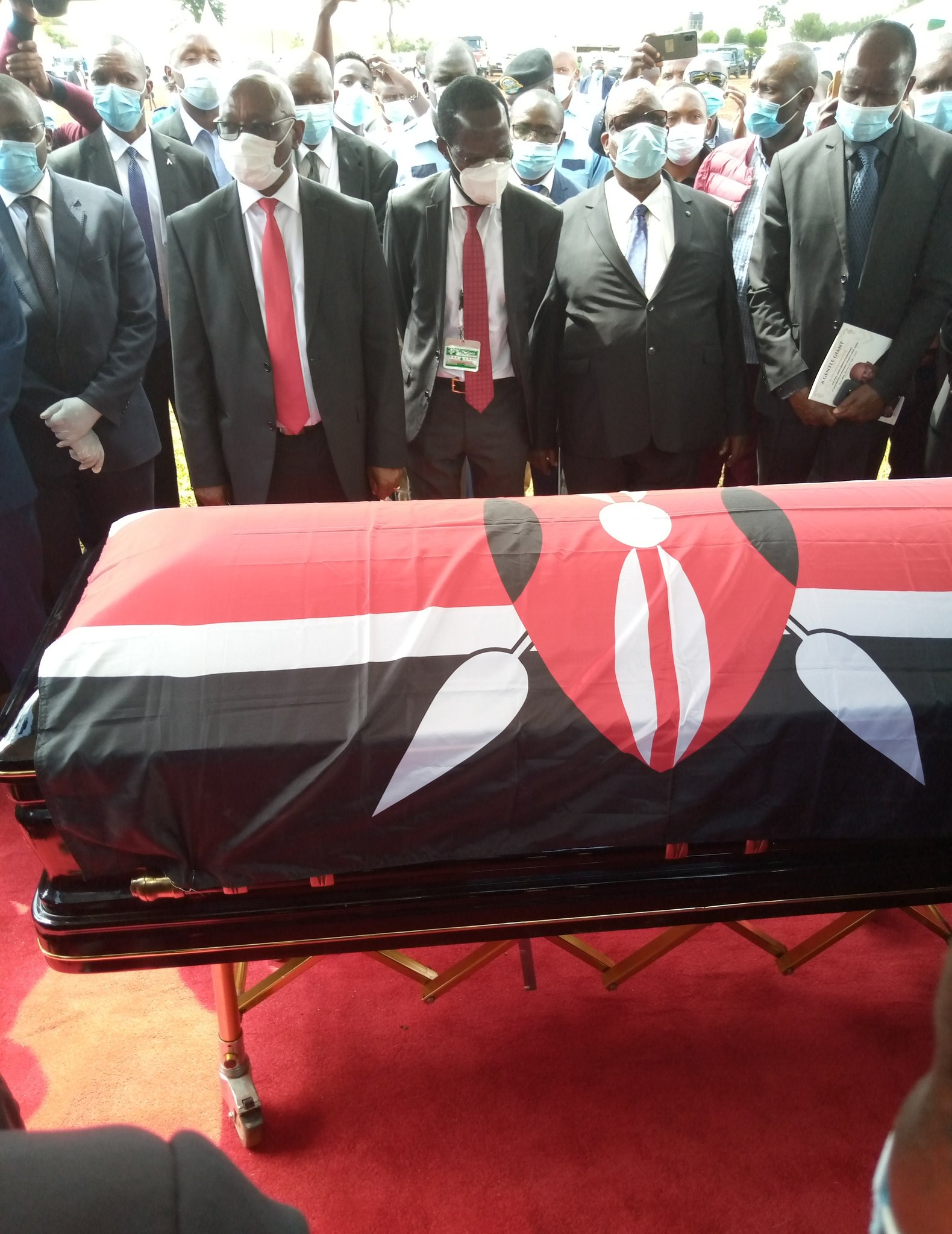 Speaking at the funeral of Nyamira Governor John Nyangarama in West Mugirango on Thursday, Nyong’o questioned the obsession with people’s medical condition when everyone can be sick.

‘There is something awful about Kenyans. Kenyans like to gossip about people’s sickness. It is very bad manners,’ Nyong’o said, “Sickness is natural. Dieses can be cured and you can get well and live like anybody else.”

According to the Kisumu County boss, he was approached by Nyagarama in the aftermath of the 2018 devolution conference in Kakamega. They were both at Acacia hotel in Kisumu when he (Nyong’o) was approached by Kisii Governor James Ongwae who told him that Nyagarama wanted to have a word with him.

“Sometimes in 2018 when we had just come from the Kakamega Devolution conference. We were at Acacia hotel when Ongwae came to me and told me that Gov Nyagarama wanted to talk to me. The Governor wanted to consult me because he was suffering from prostate cancer and since I went through the same problem in 2010, he wanted to talk to me on what to do,” Nyong’o said.

‘There is something awful about Kenyans. Kenyans like to gossip about people’s sickness. It is very bad manners,” says Governor Peter Anyang' Nyong'o as he recounts how he linked the late Governor John Nyagarama to the best doctor known for treating prostate cancer in the world. pic.twitter.com/QV0WBuo3wF

He said he referred Nyagarama to a doctor at the Hellen Diller Comprehensive Cancer Center in San Francisco in California where he was treated until he was completely healed.

Nyagarama succumbed to COVID-19 on Thursday last week. He had been in ICU for close to three weeks and there was a rumor mill surrounding his health.

ODM leader Raila Odinga is leading mourners in paying their last tributes to the Governor.