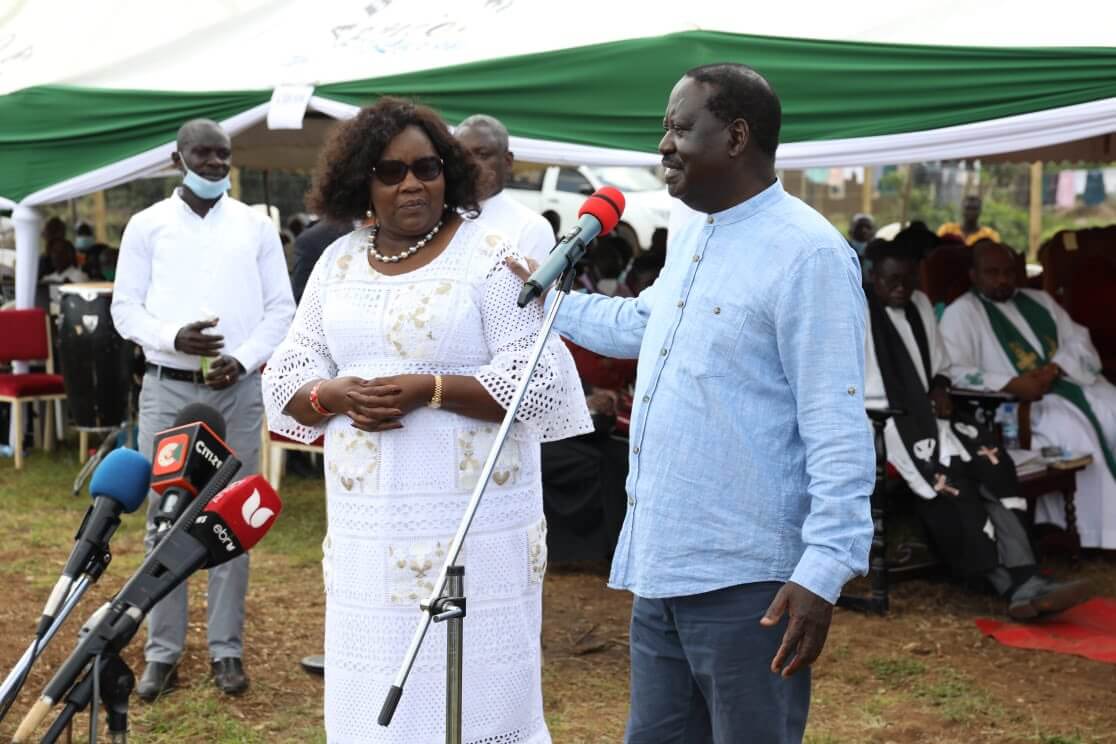 (KDRTV) – Inspector-General of Police Hilary Mutyambai has refuted claims that police officers are selectively allowing a section of politicians to hold public rallies while blocking others.

There has been an uproar on social media after Deputy President William Ruto’s functions were blocked on Sunday. The DP was to preside over two church harambees in Mumias East and Matungu Constituencies in Kakamega on Sunday.

Police stopped the two events over COVID-19 containment measures. In Matungu, the officer in charge said he had intel that some people cause chaos.

However, ODM leader Raila Odinga attended a fundraiser at the All Angeles Cathedral in Bondo on the same day. Police did not stop the function.

Rev Canon Chris Kinyanjui delivered an insightful message during the sermon at the ACK St Michael and All Angels Cathedral, Bondo. Mama @IdaOdinga and I are happy to have joined this cheerful and charismatic congregation for Sunday Service. pic.twitter.com/ZXy7fHMaeH

Mutyambai said they blocked some meetings to protect Kenyans from possible violence arising from such meetings.

Without mentioning the DP’s name directly, the IG said his camp has attracted violence.

“I have taken note of complaints about the selective application of enforcing the law on public gatherings.
@NPSOfficial_KE authorizes public gatherings after ascertaining that there is no risk of violence or attack on the particular group,” Mutyambai said.

“Should we establish any possible risk, then authorization is declined for the safety of the public & the properties around the said area. There are groups that have not attracted any form of violence while others have attracted violence, hence varied authorizations,” the IG added.

I have taken note of complaints about selective application of enforcing the law on public gatherings. @NPSOfficial_KE authorizes public gatherings after ascertaining that there is no risk of violence or attack on the particular group. 1/2. #EngageTheIG

The IG was no doubt referring to the chaos that erupted during the DP’s visit to Kenol in Muranga County. Two people died after rival youths clashed in the town ahead of Ruto’s visit.

But the DP’s allies have disagreed with Mutyambai, saying he is using the force to settle political scores. Elgeyo Marakwet Senator Kipchumba Murkomen warned the IG that he will be held responsible for any chaos that may erupt in the country.

So according to you the risk is the D.President @WilliamsRuto ? Please don’t do PR here.If you don’t want to serve all fairly or if you are got in between the political fights btwn your bosses&you can’t handle it resign. As per the Constitution the President can’t even direct you https://t.co/HegORSkShq

“If anything goes wrong in our country especially because you are stoking hatred and tension through selective application of the law you will be held PERSONALLY liable even if you will have retired. Don’t say you were not warned,” Murkomen said.

Subscribe to watch latests videos
In this article:Headlines,Mutyambai,Raila Odinga,William Ruto