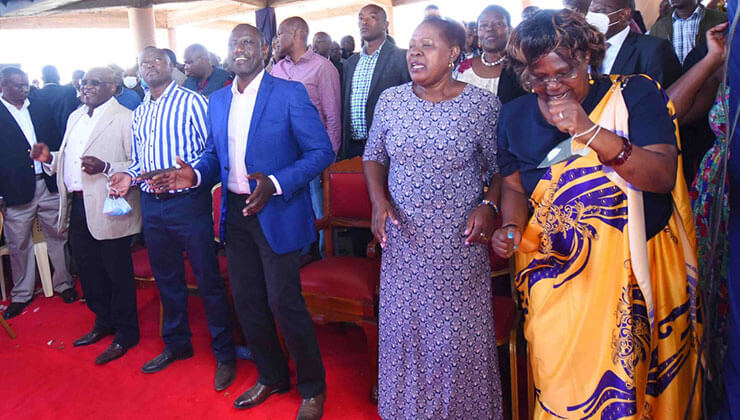 Ruto was slated to hold a fundraiser for women at Rurii stadium in Mathioya Constituency before proceeding to General Kago Stadium in Kangema Constituency to raise funds for Boda Boda saccos on Friday.

We have POSTPONED our tomorrow's Harambees in Mathioya & Kangema to 30th October 2020.

This was occasioned by the Full Cabinet Meeting/Retreat slated for tomorrow at Tsavo which the chief Guest H.E William Ruto will be attending.

We are African and Africa is our Business… pic.twitter.com/cU2N520ccU

However, KDRTV understands that he postponed the meetings to another date in order to attend a Cabinet retreat in Isavo on Friday.

President Uhuru Kenyatta will lead the Cabinet for a two-day retreat at Tsavo Voyager Ziwani starting from 8 AM on Friday morning.

The DP will join the head of state for the retreat, which is reportedly aimed at cooling the political temperatures in the country.

There is no doubt that the cabinet, the top decision making organ in government is divided with some Ministers openly attacking Ruto in public.

Environment CS Keriako Tobiko recently raised eyebrows when he attacked the DP, calling him a clerk of the President. Tobiko was accompanied by Interior CS Fred Matiangi and Health’s Mutahi Kagwe when he made the remarks in Kajiado last month.


A section of the CSs is also believed to be angry with the DP for unleashing his political friends to attack them.

The Ministers are also concerned with the heightened political temperatures in the country, more than 20 months to the 2022 elections.

All these concerns will be tackled by the time they return to Nairobi on Sunday.