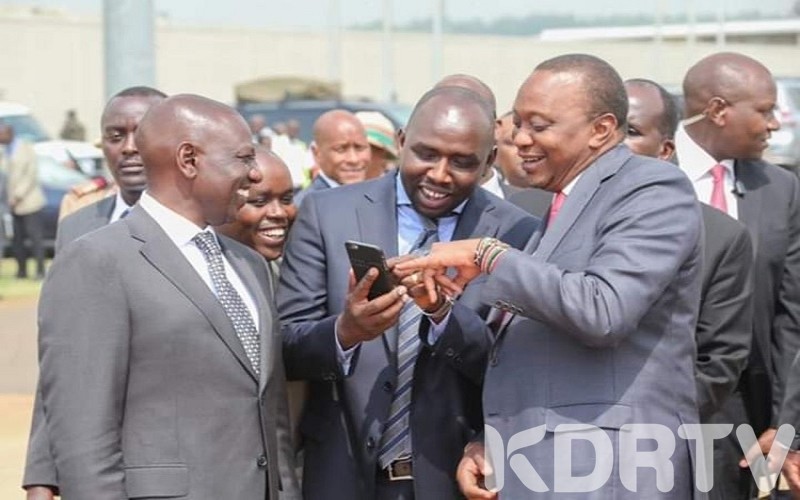 (KDRTV) – It has not escaped our eyes that it was Kipchumba Murkomen, the former Majority leader, who moved a motion to adjourn the debate on the controversial Revenue Allocation Formula.

Nobody expected this to happen as a similar motion from Siaya Senator James Orengo was shot down on Thursday last week. Most of the Senators who shot down Orengo’s motion are the same ones who supported Murkomen.

William Ruto is a statesman. Despite the fact that RV counties are benefiting the most, he has called for a Win-win formula.#WinWinInawezekana

Someone on social media suggested that Murkomen has that house on a leash. He knows how to get his colleagues to do his bidding. This perhaps explains why the government never lost a single business on the floor of the house during his tenure as the Majority leader.

In less than three months since being in office, Majority leader Samuel Poghisio and his Whip Irungu Kangata have been nothing but a disgrace. Instead of convincing Senators to support the Third Revenue formula, Kangata chose to use threats and intimidation. First, he threatened ODM that there will be no BBI if the bill fails. When that didn’t work, he went for Jubilee Senators opposing the bill.

We wouldn’t be here if the government had involved one man – William Ruto. One of the Deputy President’s biggest attributes is finding solutions. Ruto would have given Kenyans a win-win formula. But the DP chose to abstain from this one and watched as the handshake team embarrassed itself.

Murkomen, one of the DP’s ardent supporters, showed President Uhuru Kenyatta what he was missing. He actually saved both Uhuru and Raila from a very big embarrassment.

If Murkomen can have such a calming effect on Senators. Imagine what the man from Sugoi can do.

Some guy kicked out his wife & kids & moved in another woman & her kids. Now he needs the family’s support to accomplish a task. His ‘new family’ has refused to help. Should the old family
A. Hold their noses and help him
B. Watch the show unfold
C. Show him the middle finger??‍♀️

Prior to 2013 elections, all the marginalised regions (North Eastern, Maa region and the Coast) were Raila Odinga’s strongholds. They believed Raila would help them fight the historical injustices. Today, Counties like Narok, Kajiado and Samburu all have Jubilee Governors. The Party has two Governors in the Coast while ODM has no single Governor in North Eastern. Ruto wrestled all these regions from Raila.

The DP has a solution to this revenue formula. If I were Uhuru, I would call him now.