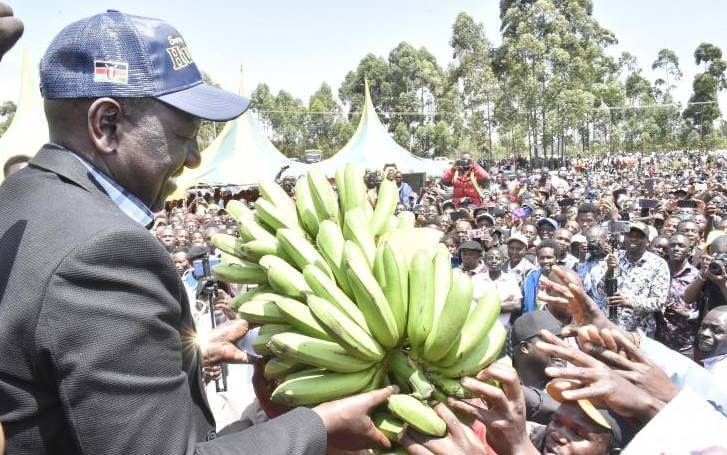 (KDRTV) – Deputy President William Ruto has indirectly pointed an accusing finger at his boss President Uhuru Kenyatta over the stalled development projects across the country.

Speaking in Nyamira on Thursday, the DP said the Jubilee Development Agenda has been derailed by the BBI report and the glamour to change the constitution to create positions for a few elites.

“We (Ruto and Uhuru) had the National Housing Program as one of the Big Four Agenda that was aimed at building 500,000 houses every year across the country. The program was to create jobs for plumbers, carpenters, masons, electricians and engineers. But the jobs have stalled because we have been told that there is a very important project…the project of BBI which is geared on creating three or four jobs for some few people,” Ruto said told residents at Miriri Centre in Kitutu Masaba Constituency.

The DP said they started well but the President lost direction when he started campaigning for the BBI report.

They must endeavour to be forward-thinking, work together to meet the needs of the people and shun any forms of divisive politics that may provoke division in the society. pic.twitter.com/jNJJpxfIAJ

Despite these setbacks, the DP vowed to vehemently oppose any calls to change the constitution as a way to create positions.

Read Also: Matiangi Should Remember it is Ruto who Created him

He promised to change the narrative and ensure a people-centred political discussion.

“Safari hii tutambea pamoja, tutakuwa na ninyi had mwisho (this time we shall walk together till the end,” the man christened Hustler stated, insisting that it is time for change.

Subscribe to watch latests videos
In this article:Headlines, Nyamira County, Uhuru and Ruto