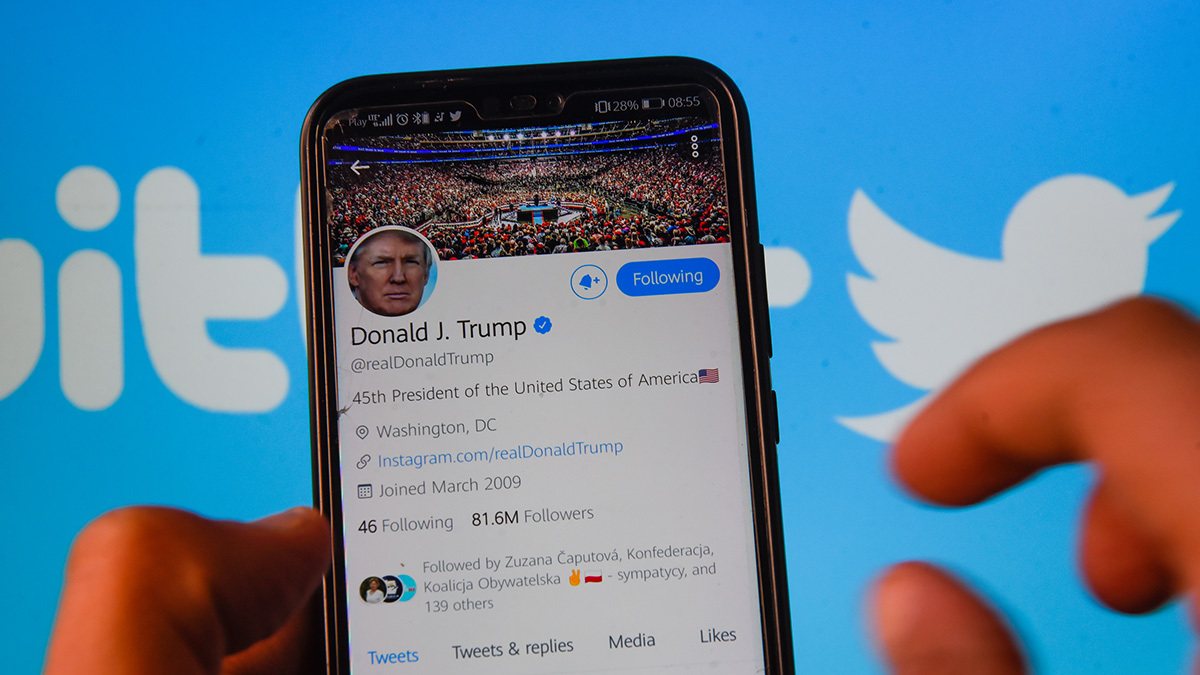 (KDRTV)-Trump’s mayhem continues as he vetoes the $740 billion Defense Bill in hopes of modifying Section 230, the 26 words that made the internet.

Mentioned above is the law that created the internet with its endless information and content stream. This particular law protects social media giants and platforms from any liability concerning 3rd party information posted on their websites such as a post or a comment for example. This means Twitter is not really obligated by US federal law to flag a Trump post as ‘disputed’, ‘erroneous’ or ‘misleading’, Twitter conducts itself in that sense by its own accord and ethical guidelines for the interest of the public.

Facebook, for example, takes a rather subtle and reserved approach to this dilemma and only targets extremities when it comes to information nature, porn-related content, hate and violence related, clear outrages content that really has a malicious intent and effect.

This law permitted the internet to build on itself and grow exponentially, it allowed for the existence of marketplaces, platforms, and mediators in some way. We provide you with the platform, our liability stops there, we are not responsible for anything posted on it. It makes perfect sense.

However, in Trump’s case, the president secretly believes there was a plot against him by social media to promote Joe Biden and silence or obscure him from the public. This means big tech companies such as Google, Microsoft, Facebook, Amazon, Twitter are secretly enhancing Joe Biden’s visibility on the internet through advanced algorithms and that they had the final saying in the election turnover and results.

This theory is not far from the truth in all cases, Google does control the advertisement space, Facebook does control the personal social media space and finally, Twitter is the political playground that decided the 2020 US elections.

Neutrality is a very thin line in immense cyberspace, no company could argue that they were 100% neutral or apolitical, it is simply not feasible, not to mention the tremendous amount of content posted every day by millions of users around the globe.

The feasibility of mass content monitoring and moderation is not reliable, you can moderate a famous individual by a human operator, and yet he will be subject to biases of judgement that might render the whole platform biased and open to legal action on the basis of prejudice, biases toward a certain race, color, sex, ethnicity and then you really hit a wall.

Algorithms are accurate but basic and can be manoeuvred, they too pose a threat of biasness although negligible, their radars can miss smart and clever hate speeches that are coded, targeted for a specific audience, there is the language barrier too that AI does not fully master at the time being. This is exactly why Facebook regards political and mass content moderation a nightmare, as it should.

If you would moderate one post, you could theoretically moderate a thousand, a million, where is the freedom of speech then? It opens the way for a reality where Mark Zuckerburg is the truth-teller, he decides what is on the platform and what’s not, Facebook then loses its identity and place.

Trump is not alone in the fight against Big Tech, major republicans, and Democratic figures also requested that Section 230 included in the Defense Bill be amended to reflect the growing threat of mass social media manipulation.

Antitrust lawsuits and probes lurk aggressively in the political scene since 2014, the dystopian idea that Facebook has a global monopoly over social media, whether true or not, is gaining ground among democrats who are relentlessly pursuing breaking down the giant, especially after acquiring Instagram and Whatsapp, both with over 2 billion users a day.

Trump took the matter personally a few months ago when Twitter actually rolled out the big guns and started flagging almost every tweet he sends out, on the basis of falsehood, inciting hate or violence, fact checks, misleading readers, unfounded allegations, and disputed claims. This dramatically damaged Trump’s already weakening credibility. Then came the news that Twitter will delete his 85 million followers after the presidency, the straw that broke the camel’s back.

The U.S. Supreme Court has been totally incompetent and weak on the massive Election Fraud that took place in the 2020 Presidential Election. We have absolute PROOF, but they don’t want to see it – No “standing”, they say. If we have corrupt elections, we have no country!

Twitter took a very brave decision on this one that definitely had a substantial impact, it addressed the Trumpism syndrome of lying, who’s gonna check after me? Well, Twitter is here to save the day.

Facebook on the other hand promised a Zuckerburgian kind of solution to political advertisement campaigns during the election period consisting of fact-checking and content moderation to make sure only the right verifiable information is passed on to the public.