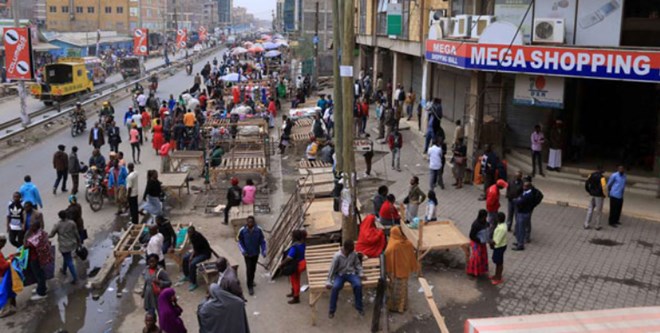 Given the recent debates about Kenyans opening up about how fellow citizens have turned out to be thieves and almost impossible to employ, a lot of people have been sharing their stories on how employees almost killed their companies.

Below is a business owner who opened up on Facebook after suffering at the hands of his employees and swore never to do it again.

Everyone we hire appears to be on a mission to steal as much as possible, Inflated invoices, recording less than the actual number of units produced.

The worst part of it all is that all the fraud we’ve uncovered is not done by a single person, it’s usually many staff who collude with each other, from production, to sales, to finance, even top management.

There was a year I overhauled management 3 times in a year.

But I’ve found a solution. I now use Indian expatriate management. So competent, so honest and so straightforward.

I thought they were expensive at first with all the visa fees, accommodation, house staff, but now that losses due to staff theft have been reduced to a minimum, and efficiency increased, the Indian management has turned out to be cheaper than the previous African management.

I used to criticize indigenous African companies like the Dangote Group that hire so many Indians when there are many unemployed Africans, but now, I understand their painful decision.

My biggest challenge in the trading business is the same, getting honest staff. The form of trading occurs in the open market, and involves staff having access to huge sums of money running into a few millions.

I know how much I pay to security companies to provide escorts for the staff, not to prevent robbery, but to ensure that the staff go straight to the bank to deposit the money after the day’s sales and not disappear with my money.

This money spent on security companies is even enough to be declared as profit. We have to spend on CCTV, biometric scanners and other things that wouldn’t be needed if staff weren’t looking for the slightest opportunity to steal.

It got so bad at a point that my main criteria for employing staff was no longer competency or certificates, but honesty.

We always complain of the economy and how there are no jobs. I know people abroad who would have loved to set up job creating businesses in Africa but they can’t because they can’t get any trustworthy person to run it.

I know people in Africa with so much money, they want to start factories and other job-creating businesses but they can’t because they are occupied elsewhere and can’t get any trustworthy person to run the business. So instead of investing in the real sector and creating jobs, they’ll just buy treasury bills, while the thieves are shouting no jobs and food.

I bet, large African organizations like Dangote can set up shop in every African country and create millions of jobs, but I bet corruption and dishonesty at the top government echelons is what is preventing them from helping Africa.

Many big businesses would have been born in Africa if we could engage in partnerships, but we can’t because you can’t trust anyone.

This is one advantage the Indians and Lebanese have over us in Africa. They can pull resources together and do mega-business, unlike Africans. That only one person must do everything since we can’t partner, we end up with small, tiny businesses.

Even siblings can’t manage a business together. A case in point are the dying or dead super stores in East Africa that would have become the Walmarts or … of Africa.

Start a poultry farm and they will be stealing your eggs. Some will even go ahead to be killing the chickens so that they’ll be allowed to take them home.

Buy and lease out a vehicle to a driver to use and watch as he’ll finish you.

Start a restaurant, the same thing will happen. More than half of the total food ingredients will end up in their personal kitchens.

Even attendants in lordinary provisions shop, or kiosks will find a way to steal from the small investors.

You’ll see them quote their evil, wicked saying “That a person eats where they work,”mm.”

Just imagine, justifying theft at work, killing their own jobs and the development of Africa.

And you’ll see these people point their crooked fingers at politicians when they’re not any different.

I usually say the reason most Africans haven’t stolen billions of government money, is simply because of lack of opportunity.

The few honest Africans, both in government and the private sector, are looked upon as stupid.

You are not stupid. You are what Africa desperately and painfully needs.

How shall we develop when those who are supposed to supervise and manage shops, kiosks, supermarkets, factories, schools, hospitals, water works, road construction, street cleaning, power plants, bus fleets, parking collections, building constructions, etc, etc are the ones who plot to steal from the local small investors, local big investors, governments and foreign investors?

How shall we develop when our school managers are the ones who plot to steal school provisions, school fees and school food, etc?

How shall we develop when our hospital managers are the ones who plot to steal medicines, beds, sheets, blankets, food, consultation fees, etc?

How? How? Cry our beloved continent.

How shall we develop when those public employees charged with ensuring and enforcing standards and curbing cost estimates are the ones plotting with local and foreign contractors to inflate costs and cut works standards to steal public money for personal gain?

On every level, Africans are the problem of Africa.

In my assessment, the simple reason, that can be replicated continent wide, as to why Rwanda is a rising star of Africa is because Rwandese and development partners and foreign investors know that the top management of the country can not accept dishonesty in both public and private service.

So whatever money they generate internally or get through DFI actually goes into doing what it’s supposed to do and the production and building standards are strictly followed. And the employees both in government and the private sector know that there is a big price to pay for dishonesty and corruption.

Tanzania was following suite. Now we have lost President Magufuli. We don’t know how things will go.

READ ALSO: Outrage After Govt Announces Nurses Who Get UK Jobs Will Give State A Cut From Salary For Job Connections

Even the so called Western world and the Eastern world wouldn’t want that because we would be a first world within 10 years. We Africans must wake up and rethink Africa.

Africans in all work positions ranging from sweeper to artisan to shop attendant to store attendant to driver to tea or coffee or flower picker to purchasing officer to chief to governor to nurse to doctor to cook to painter to builder to senator to minister to MCA to school head to bus conductor to electric meter reader to house help to president to security guards to the police to the military personnel to fishermen, to CEO etc, etc, must get honest for the sake of Mother Africa.

By being dishonest, we are raping Mother Africa. The foreign elements know our dishonesty and they thus come to Africa steal our vast natural resources with abandon and give a few bread crumbs to those Africans charged with managing our countries to the detriment of our development and self-sufficiency.

Africa can rise again. Let Africa rise. Rise up and be counted as a people.