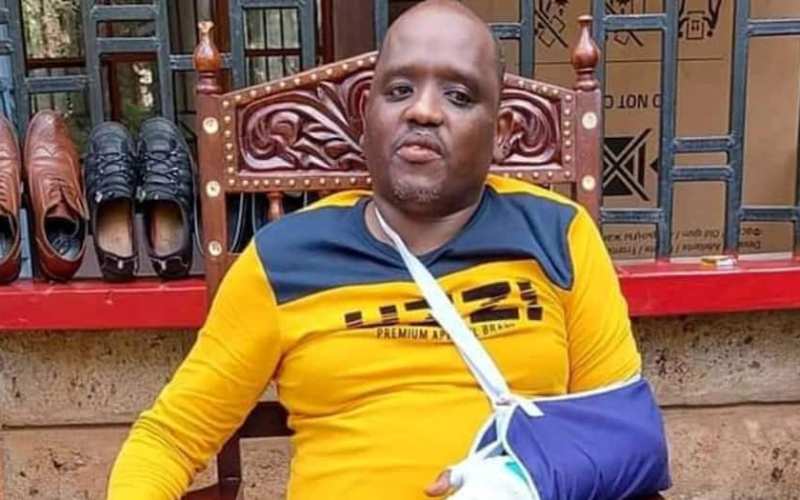 Controversial blogger Dennis Itumbi has alleged how ODM leader Raila Odinga has made funds in the recent days to campaign for his presidential bid ahead of the August 9 general elections.

According to the Digital strategist, the government has used the recent crackdown on bodabodas to make money for the former Prime Minister.

Itumbi alleges that the police force arrested several bodaboda riders but failed to arraign them in court. He went ahead to add that the arrested bodaboda users were fined a lot of money, which he alleges will be used to fund Raila’s campaigns.

How to finance PROJECT, @RailaOdinga

Charge hefty fines that do not go to GIK and are not refunded to riders.

Out of 3,647 riders arrested, less than 30 were arraigned in court.#radico

“How to finance PROJECT, @RailaOdinga National crackdown on Bodaboda riders. Charge hefty fines that do not go to GIK and are not refunded to riders. Out of 3,647 riders arrested, less than 30 were arraigned in court,” Dennis Itumbi alleged.

Itumbi’s sentiments come barely a day after the National Police Service suspended the countrywide crackdown of bodaboda riders that has been ongoing to weed out rogue operators in the sector.

According to police, this will open the way for a comprehensive review of the entire sector, which is currently being carried out by a multi-sectoral group.

“Enforcement of compliance of traffic law by public transport motorcycles aka Boda Boda crackdown has been suspended,” the police service said on Saturday.

The crackdown had been ordered by President Kenyatta last week after a horrifying incident where riders sexually assaulted a female driver on Wangari Maathai Road in Nairobi.