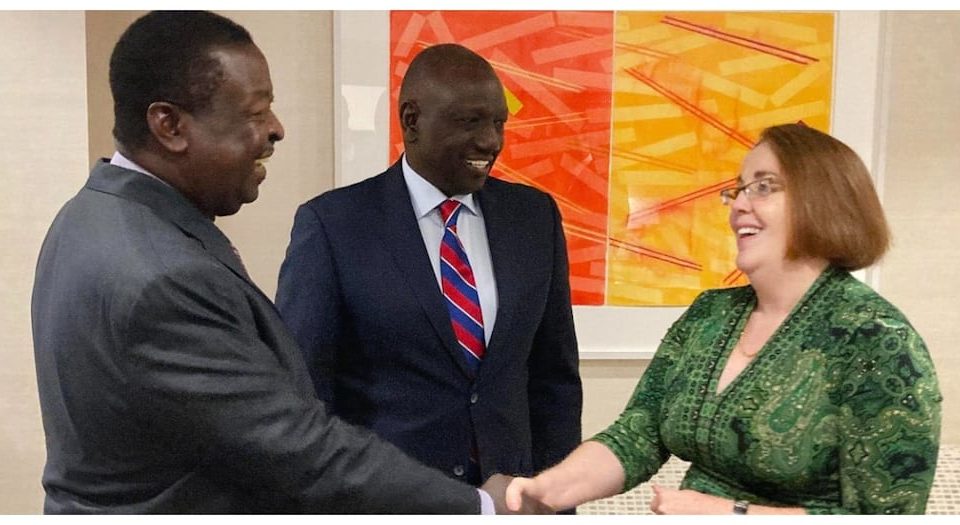 Deputy President William Ruto on Thursday night met with US government officials in a meeting held at the White House.

Issues of strategic collaboration between the United States of America and Kenya were discussed during the meeting, which was also attended by Amani National Congress (ANC) party leader Musalia Mudavadi.

The meeting took place as part of the Deputy President’s regional trip, during which the US government told Kenya that it may depend on its support in defending democracy and fighting for a free and fair election in August 2022.

Earlier, US Assistant Secretary of State for Africa Molly Phee gave the guarantee when welcoming Ruto to the US State Department in Washington, DC.

In the meeting, DP Ruto asked the US and Kenya’s other traditional allies to continue their long-standing support for Kenya’s democracy and the holding of a free, fair, and credible election.

He also emphasized Kenya’s role as an anchor state for peace and stability in the East and Horn of Africa region but warned against political and economic exclusion, which he sees as a threat to the country’s special status in the area, and two issues he sees as crucial in the August 2022 election.

Ruto and Mudavadi also promised a peaceful election, assuring the US of a stable and robust partner in bilateral relations.

The two allies who left the country over the weekend are on a two-week tour to the United States and then head to the United Kingdom.