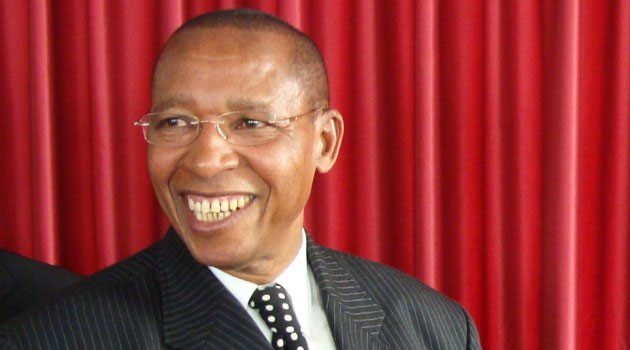 (KDRTV) – This week’s surrender of lawyer Paul Gicheru to the ICC Court in the Hague has opened a can of worms for Deputy President William Ruto and could potentially block him from running for Presidency.

Gicheru, a lawyer based in Eldoret, is wanted by ICC Prosecutor Fatou Bensouda for allegedly for bribing or planning to bribe at least six witnesses who were crucial to the case against Ruto and former radio presenter Joshua Arap Sang.

WITNESSES are known to DISAPPEAR. The HEROIC act of Paul Gicheru should ATTRACT our National PRAYERS. May Elohim the ALMIGHTY Preserve his SOUL. Amen.

The ICC issued an arrest warrant for Gicheru in 2015 but he successfully challenged it at the Kenyan High Court. It was therefore surprising that he would take himself to a place he had fought so hard to avoid.

Ahead of his first appearance today (Friday) evening, a Kenyan blog has reported that Gicheru could have information linking the murder of former Makueni Senator Mutula Kilonzo to the ICC case facing William Ruto.

The story of lawyer Paul Gicheru will be so interesting and might just take many down with it.

It is now being said that it is connected to this discussion the late Mutula Kilonzo had with local security chiefs and ICC investigators pic.twitter.com/zkWL46Ni4D

Kilonzo, a revered lawyer and politician, was found dead at his Machakos rach home in April 2013, barely a month after he had been elected as the first Makueni Senator.

A seven-year inquest into his death failed to reveal the cause of the painful murder, only concluding that the lawyer had died from an overdose of an energy-enhancing drug. The drug was not available in the local market and it is not clear who prescribed it to him.

1/ An interesting article by @citizenweekly on lawyer Paul Gacheru surrender to the ICC. But what I find curious is the video attached, of former Minister Mutula Kilonzo speaking of the events of #Kiambaa Church, where he fingers William Ruto (1 of 4). @janbosire pic.twitter.com/SWhhwFbrvS

However, an undated video has emerged showing Kilonzo allegedly in an interview with unknown people indirectly pointing an accusing finger at Ruto over the 2007/8 Post Election Violence.

Mutula was particularly concerned with the killing of Kikuyus and Kambas in Eldoret in the aftermath of the 2007 elections.

You can watch the video here

It is believed Mutula Kilonzo had knowledge that the post-election violence which left at least one thousand people dead had been pre-planned.

There are also reports that the lawyer had been approached by the ICC as a prosecution witness. It is not clear if Kilonzo agreed to this request.

Read Also: MP Tells Ruto to be Keen or Go Back to ICC

But his death somehow could have been linked to his involvement in the ICC case.