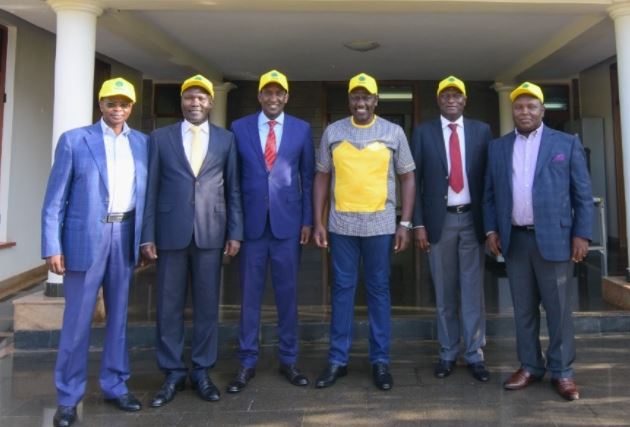 Cabinet Secretaries Charles Keter, John Munyes, Adan Mohamed, and Sicily Kariuki’s decision to quit from their powerful positions in government to vie for governorship is the latest indicator of the county seat’s importance.

Initially, an unappealing position that was spurned by the country’s political elites in 2013, the governor’s seat has grown in stature over the last nine years to the point where politicians such as senators James Orengo and Kithure Kindiki are now drawn to it.

Governor’s seats have become far too valuable to be overlooked in favor of national government or legislative positions.

According to experts, the billions of shillings granted to counties attract bigwigs who have a better chance of being elected in their own backyards.

Apart from the billions, county heads exercise executive authority, allowing them to make appointments, gain access to the presidency if elected to key committees of their national lobby, and maintain job security due to the lengthy procedure and higher constitutional threshold for dismissal.

For example, counties received a total of Sh370 billion this fiscal year. Using the county allocation system, each county receives billions of shillings.

Additionally, the seats have developed into an ideal group for politicians to establish their careers. Raila and Ruto have chosen governors to lead their campaigns, demonstrating not just the seat’s growing significance but also its vital status in the current succession war. Ndiritu Muriithi, the governor of Laikipia, is leading Raila’s Azimio la Umoja Campaign secretariat, while his Turkana counterpart, Josphat Nanok, is directing Ruto’s team.

At the moment, a number of governors are utilizing their bases to form parties, which they intend to use as bargaining chips for job openings in the next administration if they fail to keep their seats.

Subscribe to watch latests videos
In this article:2022 Elections