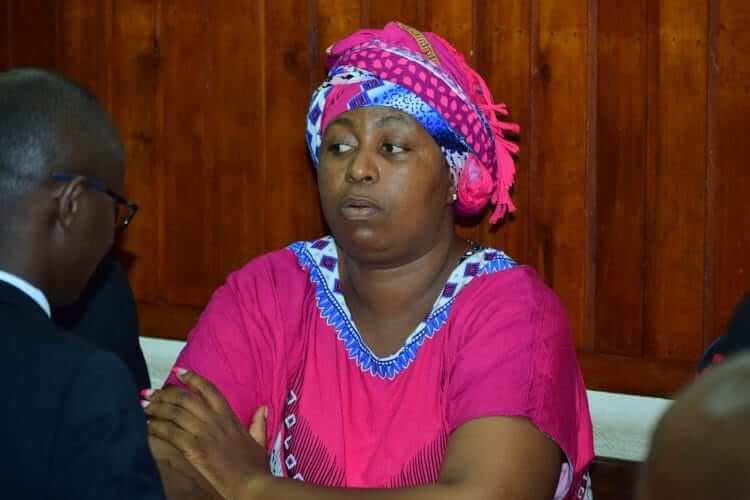 (KDRTV) – Director of Public Prosecutions (DPP) Noordin Haji has approved murder charges against Malindi MP Aisha Jumwa over the killing of a man in Ganda Ward in October last year.

The MP had been arrested after she stormed the home of Reuben Mwambire Katana, an ODM candidate in the by-elections leading to the shooting of a 48-year-old man. The deceased was Katana’s uncle.

DPP Haji okays murder charge against Malindi MP Aisha Jumwa over the killing of a man during the Ganda Ward by-election in 2019. pic.twitter.com/L1ZYcT4Gs4

Jumwa claimed at the time that Katana was conducting campaigns despite the elapse of the campaign period. She stormed the homestead in the company of her supporters.

Read Also: Murder Suspects Should Not be Released on Bail – Raila Odinga

However, Katana insisted that he was not conducting campaigns but was meeting his agents to prepare for the elections. Police who had visited the homestead earlier in the day opted to provide security after confirming that it was not a political meeting.

It is believed the deceased was shot in the chest by the lawmaker’s bodyguard identified as Geoffrey Okuto Otieno. Otieno will also be charged alongside the MP.

According to sources, the gun used in the shooting is registered to Aisha Jumwa.

“We have established that despite not using the firearm herself, or pull the trigger at the incident, she is the owner of the gun,” the source said.

This will be the second time, in a span of two months, that the lawmaker is facing criminal charges in court. She was charged with the loss of Ksh 19 million CDF funds in August.