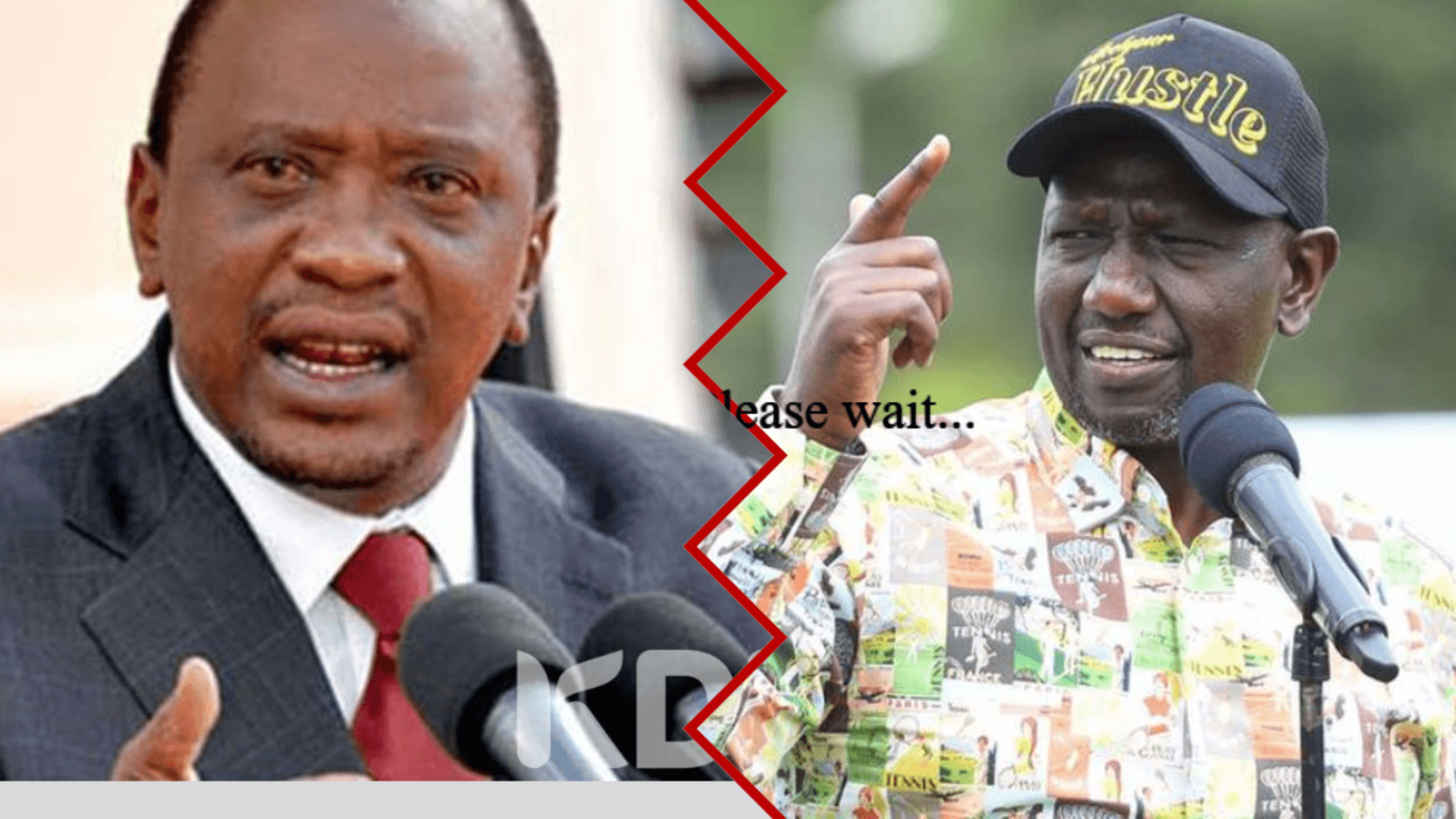 Uhuru and Ruto Have Differed on BBI Report

(KDRTV) – President Uhuru Kenyatta on Monday lashed out at his deputy William Ruto for not only opposing the BBI report but also spreading falsehoods about the process and its expected outcomes.

In a meeting with pro-BBI lawmakers in Naivasha, the President was adamant that there will be no further discussions or changes to the document.

Read Also: How Ruto is Using the Church to Fight BBI

The President allegedly told the lawmakers drawn from both the Senate and National Assembly that Ruto was involved in the initial handshake talks. He even suggested some of the names included in the initial BBI taskforce.

According to People Daily, the President revealed that Ruto was invited to Harambee House for the March 9, 2018 handshake but declined to make an appearance. Uhuru said that it is, therefore, hypocritical for the DP to oppose a document he helped come up with.

Raila: I Will Support Ruto’s Presidential Ambitions Under One Condition

During the launch of the report on Monday last week, the DP voiced his reservations on the proposal to form a National Police Council which would be chaired by the Interior CS. He said the proposal derogates the independence of the police service.

However, the President told the lawmakers that this particular recommendation originated from the Cabinet, which Ruto is part of.

Uhuru further said the council will only be involved in the deployment of officers and not operations.

Ruto has insisted on the need for divergent views to be incorporated into the BBI report. This, he says will lead to an uncontested referendum.

“We want to move this country forward together. Leaders must therefore avoid engaging in any acts that may interfere with our social fabric,”Ruto said in a meeting with Kamba delegates at his Karen residence on Monday.