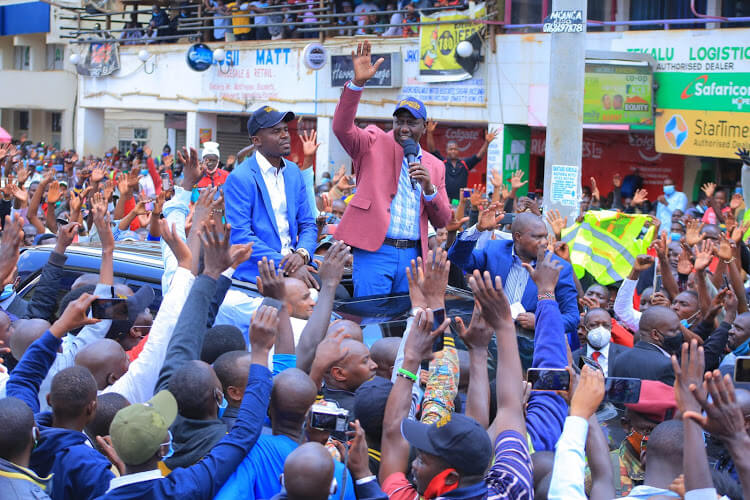 Ruto in Kisii County in September

(KDRTV) – Deputy President William Ruto will be allowed to tour Nyamira County this week, days after his supporters were teargassed by police over illegal rallies.

Police have told organizers of the two events that they will be held responsible for any chaos that may arise.

Police have now allowed the Nyamira events to be graced by Deputy President William Ruto and which were cancelled last week after police teargassed those that had been gathered.

The new development comes a day after Inspector General of Police Hilary Mutyambai refuted claims that police were selectively blocking political meetings while allowing other politicians to host meetings.

The IG, in his bi-weekly sessions with Kenyans on Twitter (KoT) on Monday, said some meetings were blocked over fears of chaos while those that were allowed to happen had minimum levels of chaos.

“Should we establish any possible risk, then authorization is declined for the safety of the public & the properties around the said area. There are groups that have not attracted any form of violence while others have attracted violence, hence varied authorizations,” Mutyambai said.

The DP was forced to cancel his trip to the Abagusii region last week after police teargassed locals who had gathered at Kebirigo Secondary School.

Ruto allies have claimed that the police service is being used to settle political scores. Police blocked the DP’s tour of Kakamega County on Sunday last week, while his friends were not allowed to hold a meeting in Msambweni on Friday.

Subscribe to watch latests videos
In this article:DP William Ruto,Headlines,Nyamira